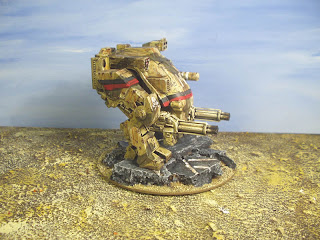 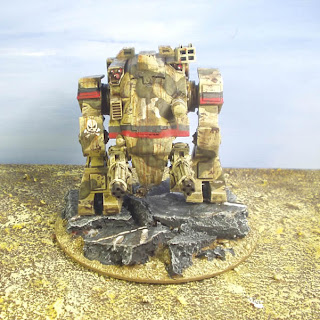 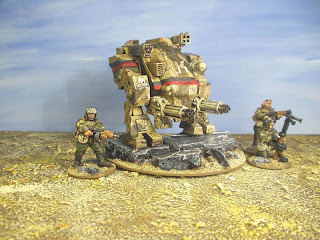 A Mech for my Neo-Kornilovs. I love Mechs, this is a Rackham AT-43 UNA "Fire Toad". Simply repainted and rebased. Miniatures for Size comparism. Pretty big I think.
Posted by Lt.Hazel at 00:00 2 comments: 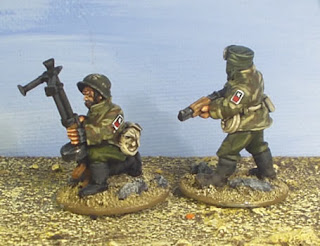 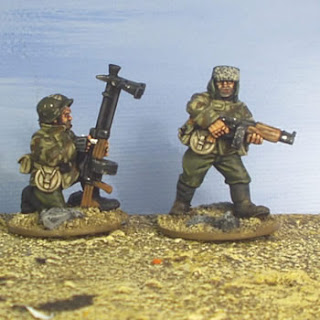 I wanted to paint the Copplestone Neo Soviets for such a long time. I thought about a setting in near-future-russia. Some Neo-Soviets, Monarchists, Orthodox Christian militia and foreign mercenaries (probably hired by a mighty gas-company?)
My first two are from the Neo-Kornilov Armoured Regiment. I´ll paint a 10-man unit over eastern and will then watch out for a transport vehicle (may be from Old Crow). I also got a AT-43 Mech which fits very well with my Russians.
Posted by Lt.Hazel at 13:23 1 comment: 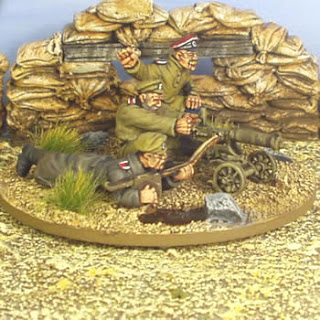 This is the nicest Russian HMG Kit I´ve seen so far. Painted for my Kornilov Shock Regiment (who else?)
Posted by Lt.Hazel at 13:20 1 comment: