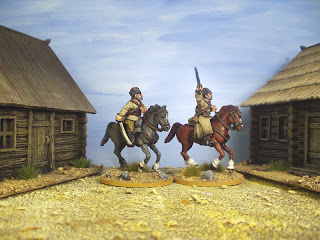 The first two riders. I have to do a unit of twelve for our demo game at the Tactica. I have already painted three russian houses made by Pegasus. Nice and cheap these are! I´ll build a wooden church as well.
Posted by Lt.Hazel at 11:52 4 comments: 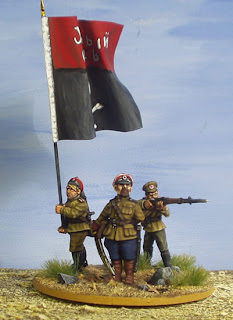 Finished my company command base. These fellas are part of the famous Kornilov Shock Regiment that fought in south Russia 1917-1920. It was one of the so-called colourful units, the "official" uniform was black or dark blue trousers, Black shirt plus a red cap. But only some higher ranks officers wore the full dress. The vast majority wore everything they could get, mainly Imperial Russian uniform items. This officer was lucky enough to get a brandnew british jacket.
Posted by Lt.Hazel at 23:36 4 comments:

WIP for the Tactica 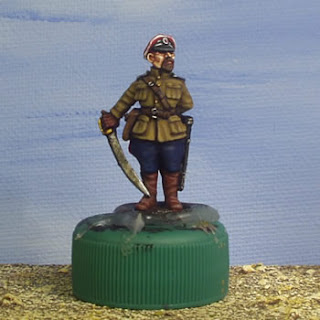 White Guard officer of the Kornilov Shock regiment. I´ll add a standard and rifleman for a command base. Hope to ge them finished this weekend..
Posted by Lt.Hazel at 19:12 1 comment: 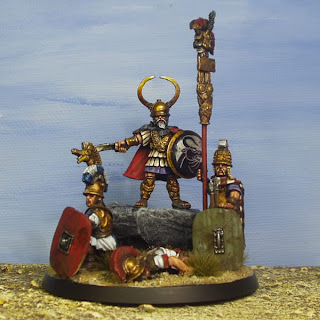 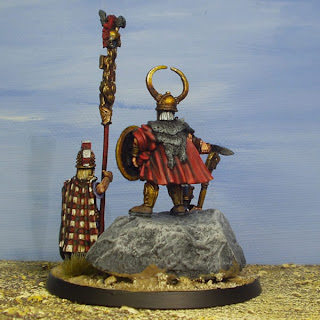 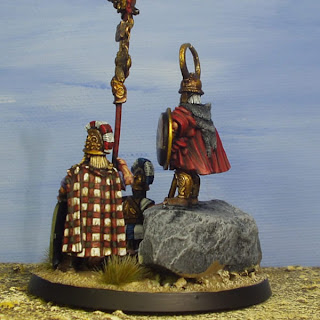 I painted the "Hilltribe Command" from Aventine miniatures. This is not the start of a new project, I painted them just because I love the figures.
Posted by Lt.Hazel at 23:03 4 comments: 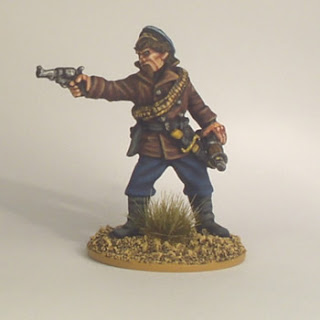 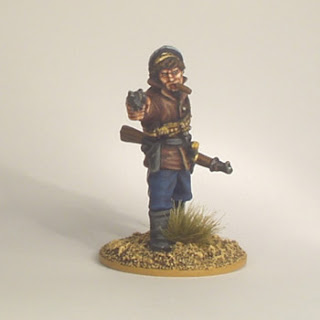 I´ve painted my first Machnovian Anarchist for an RCW-Game me and some mates will run on the Tactica, Germany´s best wargames show! Here´s the link tactica 2010
Posted by Lt.Hazel at 16:56 2 comments: